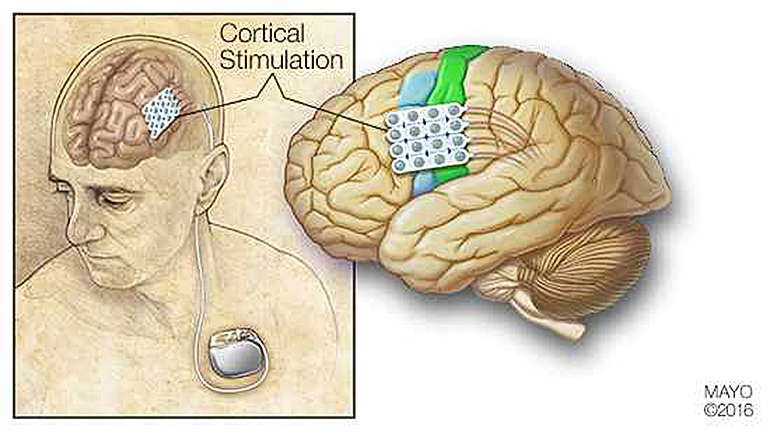 In what may be a major development for some patients with epilepsy, researchers at Mayo Clinic have shown that continuous electrical stimulation of the brain’s cortex can reduce the frequency of seizures, and in some cases their intensity and duration. The study, published in JAMA Neurology relied on applying an electrode grid to the brain, essentially the same type that’s commonly used to pinpoint the source of seizures, but to use them to send an electric current to the brain. Thirteen patients with drug-resistant focal epilepsy for whom surgery would not be appropriate had temporary electrodes applied. Once they showed a positive response to the electric therapy, the electrode array was replaced with a more permanent device.

Ten of the thirteen patients had improved outcomes in both the intensity of their seizures and their life satisfaction. Majority also had a more than 50% decline in seizures compared to before therapy and six of the people had no disabling seizures at all.

Interestingly, interictal epileptiform discharges, which are electrical biomarkers that can be used to identify the source of seizures, dropped in quantity within minutes after electric current began to be delivered.

There’s still a lot of clinical trials that will need to be done to confirm these findings and to look for any potential side effects, but it certainly looks like the folks at Mayo are onto something here.

The Goal Of Sustainable Development Was First Published Analysis