developing heart disease, say the researchers behind a new study published in the journal PLOS ONE. 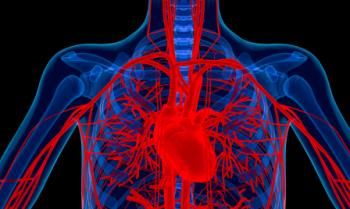 The study found a found a statistically significant link between a variant of a gene that controls for cholesterol and increased risk of heart disease.

mutation called the missense rs4238001 variant of SCARB1 – and the incidence of coronary heart disease in a group of 5,000

Americans taking part in the Multi-Ethnic Study of Atherosclerosis (MESA) sponsored by the National Heart Lung and Blood Institute.

The variant alters the type of protein that SCARB1 codes for, and thus interferes with cholesterol regulation. Previous

clogged up by fatty substances.

The team mapped the genetic makeup of the white, African-American and Hispanic-American participants and tracked episodes of

groups, but particularly among men and African-Americans.

Study leader Annabelle Rodriguez-Oquendo, an endocrinologist and professor at the University of Connecticut Health Center in

Farmington, and colleagues found the risk of developing heart disease was up to 49% higher among carriers of the rs4238001

variant than in the general population.

developing heart disease, while white males had a 24% higher risk. Overall, men with the variant had a 29% higher risk.

Prof. Rodriguez-Oquendo says the rs4238001 variant is quite common. There is a test that clinicians can use to find out if

their patients are carriers so they can offer advice about preventing heart risk.

Having made the discovery about the link with heart disease, the team now wants to find out more about the underlying biology,

and how to fix it, as Prof. Rodriguez-Oquendo explains:

“We want to go deep in the cell, and figure out how to repair it. We’re really interested in understanding more

about how this protein gets chewed up and degraded faster.”

gene. Approaches that involve adjusting hormone levels to alter cholesterol metabolism, may turn out to be more appropriate.

In a previous post at Johns Hopkins Medicine, Prof. Rodriguez-Oquendo showed how another variant of SCARB1 is linked to infertility in women. In that study – published in the journal Human

Reproduction – she and her team showed how the mutation appears to affect progesterone production, making it a likely

culprit in a substantial number of cases of female infertility.