Antibiotic resistance is a growing concern across the globe; last year, the World Health Organization warned that we are heading toward a “post-antibiotic era” unless more is done to tackle the problem. Now, researchers find that an existing drug used to treat breast cancer may be effective against one of the most common superbugs: MRSA. 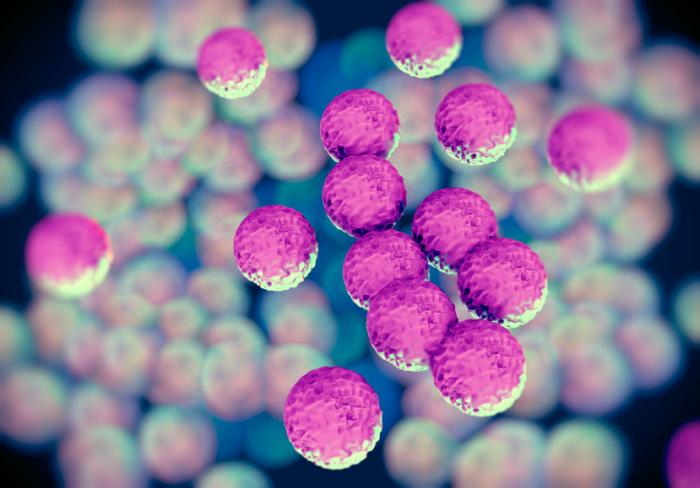 Published in the journal Nature Communications, the study reveals how the drug tamoxifen boosted the immune system in order to reduce MRSA (methicillin-resistant Staphylococcus aureus) infection in mice.

MRSA is one of the most common causes of health care-associated infections in the US, responsible for a number of severe illnesses, including pneumonia, bloodstream infections and skin and wound infections.

According to the Centers for Disease Control and Prevention (CDC), there are more than 80,000 invasive MRSA infections in the US every year and more than 11,000 deaths from the condition.

MRSA is a growing threat to public health because it is resistant to many antibiotics, making it hard to treat and significantly more life-threatening; people with MRSA are 64% more likely to die than individuals with a nonresistant form of S. aureus infection, claim the World Health Organization (WHO).

While global leaders have stressed the need for the development of a new generation of antibiotics, researchers have been investigating how existing drugs could be used to tackle antibiotic resistance.

“The threat of multidrug-resistant bacterial pathogens is growing, yet the pipeline of new antibiotics is drying up,” notes senior study author Dr. Victor Nizet, professor of pediatrics and pharmacy at the University of California-San Diego. “We need to open the medicine cabinet and take a closer look at the potential infection-fighting properties of other drugs that we already know are safe for patients.”

Tamoxifen is a drug currently used to treat hormone receptor-positive breast cancer. It works by binding to receptors for the hormone estrogen, which some breast cancers require to grow.

Fast facts about antibiotic resistance in the US

However, there is more to tamoxifen. Previous research has indicated that the drug affects how cells produce fatty molecules called sphingolipids, which play a role in the regulation of neutrophils – white blood cells that help to stave off infections, particularly bacterial infections.

With this in mind, Dr. Nizet and colleagues set out to determine whether tamoxifen may be effective against MRSA by influencing the behavior of neutrophils.

First, the team treated human neutrophils with tamoxifen. Compared with untreated neutrophils, they found the tamoxifen-treated neutrophils were not only better at targeting and engulfing bacteria, but also they created around three times as many neutrophil extracellular traps (NETs) – an abundance of DNA, enzymes and proteins that neutrophils send to trap and kill pathogens.

The team found that other estrogen-targeting drugs failed to have the same effect on neutrophils as tamoxifen, and further research revealed that tamoxifen works by influencing the activity of a particular sphingolipid called ceramide to boost neutrophil activity.

Next, the researchers tested the effect of tamoxifen in mice, which were treated with either tamoxifen or a control drug 1 hour before being infected with MRSA and 8 hours after. The team monitored the mice for 5 days.

While the mice given the control drug failed to survive longer than 1 day after infection with MRSA, 35% of the mice treated with tamoxifen lived for 5 days after infection. What is more, levels of MRSA were around five times lower in the peritoneal fluid – liquid that accumulates in the abdominal cavity – of the tamoxifen-treated mice, compared with the control mice.

‘Potential downfall for those who already take it for breast cancer’

“[…] We discovered that tamoxifen has pharmacological properties that could aid the immune system in cases where a patient is immunocompromised or where traditional antibiotics have otherwise failed.”

While tamoxifen appears to be a potential treatment strategy for MRSA, the researchers point out that the drug’s effects on other antibiotic-resistant bacteria may vary because some bacteria have evolved to avoid NETs.

The team also notes that their study highlights a potential downfall of tamoxifen for individuals who already take it to treat breast cancer. They explain that excess NET production in the absence of infection could be dangerous, with previous research associating it with inflammatory diseases, such as bronchial asthma and vasculitis – inflammation of the blood vessels.

“While known for its efficacy against breast cancer cells, many other cell types are also exposed to tamoxifen. The ‘off-target effects’ we identified in this study could have critical clinical implications given the large number of patients who take tamoxifen, often every day for years,” says Dr. Nizet.

Earlier this year, Medical News Today reported on a study published in The Lancet, in which researchers claimed a class of hormonal drugs known as aromatase inhibitors are more effective than tamoxifen for reducing mortality in breast cancer patients.