Alteplase is a “clot-busting” drug that is currently only administered to patients within 3 hours of ischemic stroke onset. But a new study claims the drug should be used more widely for stroke patients, after finding it is safer that previously thought. 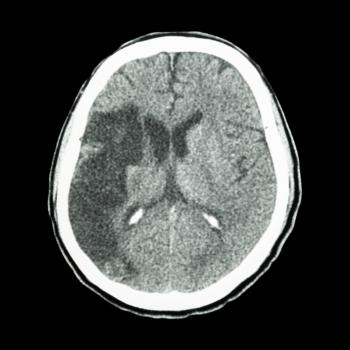 Only patients who show a fresh clot blocking an artery alongside signs of pre-existing brain tissue damage in CT brain scans have increased risk of hemorrhage with alteplase, the study found.

Study leader Joanna Wardlaw, of the Centre for Clinical Brain Sciences at the University of Edinburgh in the UK, and her team publish their findings in The Lancet Neurology.

Ischemic stroke is the most common form of stroke in the US, accounting for around 87% of all strokes. It occurs when a blood clot blocks the artery that supplies the brain with oxygen.

Alteplase (brand name Activase) – a tissue plasminogen activator (tPA) – works by breaking up blood clots, allowing blood to flow to the brain. It is the only medication approved by the FDA for treatment of ischemic stroke.

At present, however, alteplase is only given to patients with 3 hours of ischemic stroke onset – up to 4.5 hours in certain patients – to improve stroke symptoms. According to Wardlaw and colleagues, there is a widespread concern that administering alteplase to patients with early signs of ischemia in the brain – as determined by CT scans – may increase their risk of a brain bleed, or hemorrhage.

The researchers say “little information is available about whether pre-existing structural signs, which are common in older patients, affect response to alteplase.” As such, they set out to assess how early signs of ischemia on brain scans are associated with outcomes following treatment with alteplase.

For the study, the team analyzed the CT brain scans of 3,017 acute stroke patients who were part of a clinical trial assessing the effectiveness of alteplase. The treatment outcomes of all patients were assessed.

The team found that it is only patients with a fresh clot blocking an artery in the brain alongside signs of brain tissue damage caused by other conditions prior to suffering stroke who have an increased risk of hemorrhage with alteplase treatment. These indicators – the researchers say – can be easily spotted with CT scans.

In detail, the researchers reveal that 14% of patients with a fresh blood clot and pre-existing brain tissue damage experienced a hemorrhage, compared with only 3% of patients who did not exhibit these signs on CT brain scans.

Because these risk factors can be easily identified in brain scans, the team says they could be used to help doctors decide whether patients at risk of ischemic stroke are likely to benefit from treatment with alteplase.

“The presence of combinations of imaging signs in patients after stroke might provide additional information to decision-making when clinical uncertainty exists about the likely benefit of alteplase – e.g., in a patient presenting close to the latest time window or for whom the likelihood of benefit was marginal,” they explain.

“Bleeding in the brain is the main side effect of alteplase, so if we can avoid that hazard, then patients are more likely to benefit. Previous studies have not looked at pre-existing signs of damage nor considered analyzing multiple signs in combination, yet having multiple and old signs are both very common in patients with stroke.”

The researchers note that further research is warranted to determine the strength of the association between pre-existing indicators on CT brain scans and the risk of brain bleeds following treatment with alteplase.

Last month, Medical News Today reported on a study published in JAMA, in which researchers found folic acid supplementation and hypertension medication could lower the risk of first stroke for adults with high blood pressure.