The actions of fidgeting children with attention deficit hyperactivity disorder have frequently been labeled as disruptive in the past, but a new study suggests that they may be essential for these children when it comes to learning at school. 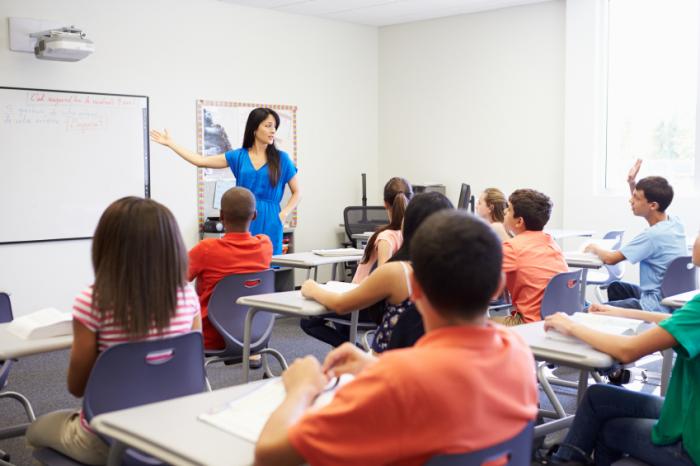 Children with ADHD could perform better at school if they are allowed to move, the study suggests.

Researchers from the University of Central Florida (UCF) have found that excessive movement characteristic of attention deficit hyperactivity disorder (ADHD) helps children with the condition to retain information and work out complex cognitive tasks.

“The typical interventions target reducing hyperactivity. It’s exactly the opposite of what we should be doing for a majority of children with ADHD,” explains study co-author Mark Rapport, head of the Children’s Learning Clinic at UCF.

ADHD is the most common behavioral disorder that starts during childhood. According to the Centers for Disease Control and Prevention (CDC), approximately 11% of children aged 4-17 had received an ADHD diagnosis by 2011.

Typical signs of ADHD in children include restlessness, constant talking and interrupting of people, an inability to concentrate on specific tasks and an inability to pay attention. These behaviors can undermine the ability of children with ADHD to perform in school and could be disruptive to other pupils.

Previous research conducted by Dr. Rapport demonstrated that the excessive movement often seen in children with ADHD only occurs when these children need to use the executive functions of the brain. Originally, experts believed that hyperactivity was ever-present in children with ADHD.

For the study, published in the Journal of Abnormal Child Psychology, the researchers asked 52 boys aged 8-12 to complete a series of tasks. These challenges were designed to assess the children’s “working memory” – the manner in which the brain processes information required for tasks such as learning and reasoning.

Participants were shown a series of numbers and a letter that flashed onto a screen. They then had to sequence the numbers in order, followed by the letter. A camera recorded their performances, and their attention and movements were monitored by observing researchers.

‘They have to move to maintain alertness’

Of the participating children, 29 had been diagnosed with ADHD and the remaining 23 had shown normal development and had no clinical disorders. The researchers found that the children with ADHD performed significantly better when they were moving, suggesting that their hyperactivity served a purpose.

“What we’ve found is that when they’re moving the most, the majority of them perform better,” explains Dr. Rapport. “They have to move to maintain alertness.” In contrast, the children that did not have ADHD performed worse at the tasks when moving more.

The findings of the study, although limited by the relatively small number of participants, suggest that traditional methods for assisting children with ADHD may be counter-productive. Working in environments that allow for increased movement could help students with ADHD perform better at academic tasks in school and at home.

“The message isn’t ‘Let them run around the room,’ but you need to be able to facilitate their movement so they can maintain the level of alertness necessary for cognitive activities,” concludes Dr. Rapport.

Finding practical ways in which this hyperactive movement can be facilitated is just one challenge. Another is addressing the fact that, at present, children with ADHD do not appear to be receiving recommended levels of treatment in the US.

Earlier this year, Medical News Today reported on a study suggesting that almost 1 in 5 people with epilepsy could also have symptoms of ADHD – the first study to show such an association.