received no such education. 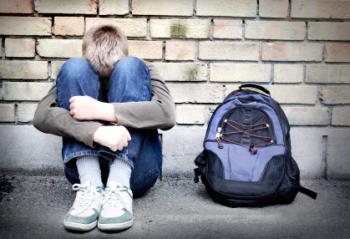 prevent sexual abuse are more likely to report it.

For the review, published in the Cochrane Database of Systematic Reviews, researchers examined

countries around the world.

of children who did not receive it.

However, lead author Kerryann Walsh, an associate professor in the faculty of

education at Queensland University of Technology in Brisbane, Australia, and colleagues

programs can actually reduce the incidence of sexual abuse.

sexual assault when they grow up. They are also at higher risk of health and other

programs that teach children how to recognize, react to and report sexual abuse. The review included data on 24 studies covering a total of 5,802 elementary and high

school children in seven countries: the US, Canada, China, Germany, Spain, Taiwan, and

The studies examined various types of program designed to prevent sexual abuse. These

While the programs varied widely, some of the content was similar. For example, they

taught the children about safety rules, body ownership, “private parts,” how to

differentiate between different types of touch, types of secrets, and who to tell.

The programs used various formats to deliver their messages, including film, video,

DVD, theatre plays and multimedia. These were supplemented with other resources such as

from rehearsal and practice to role-play, discussion, and feedback.

Prof. Walsh and colleagues found some evidence that such programs can increase

what they were taught six months later.

children without such education. The scenario involved a stranger asking them to

accompany them out of the school.

anxiety after taking part in the programs, and there were no reported adverse side

In discussing their findings, the researchers explain the difficulties of trying to

report abuse. “Even if a child demonstrates that they know how to behave in a certain

scenario, it doesn’t mean they will behave the same in a real situation where there is

life situations. For example, we know that most sexual abuse is perpetrated by someone

In conclusion, the researchers say their findings support the need to inform children

and protect them against sexual abuse. However, they urge that research needs to continue to evaluate sexual abuse prevention programs in schools and explore whether they actually prevent sexual abuse. Prof. Walsh

“To really know whether these programs are working, we need to see

larger studies with follow-up all the way to adulthood.”

In October 2014, Medical News Today learned of a study that found childhood psychological abuse is as harmful as sexual or