Recently, researchers from Washington University School of Medicine by the research and development of a mouse model of two pregnant Zika virus infection in mice organism, Zika virus can migrate through the bloodstream to the placenta in pregnant mice, followed by copy the placenta, fetal body spread to the circulation and infect the fetus’s brain, research published in the international journal Cell, the research or development of new vaccines against Zika virus and therapies provide new ideas. 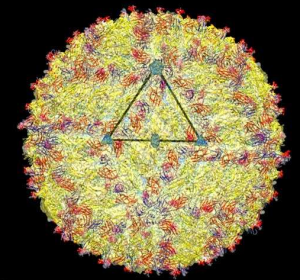 The authors, Dr. Michael Diamond said the study, we developed the first animal model of Zika virus can be transmitted in utero, but also in pregnant mice and the offspring were observed corresponding results. This can be used for research or vaccine trials to help researchers determine whether maternal immunization can protect the embryo from infection, but can also help researchers to detect the therapy, once the mother is infected, researchers can take measures to curb the virus in infection and damage effects in the fetus.

In which a mouse model, the researchers genetically engineered mice were modified so that it is missing a molecule called interferon-α receptor, the receptor molecules play an important role in the body’s immune response to viral infection; the researchers then mice one week after conception its Zika virus infection, followed by 6-9 days of pregnancy to detect mouse placenta and fetal levels of virus in the body. Researchers believe that all mice are infected with the human organism reaction Zika virus expression in the mouse body, the virus enters the body of the fetus and developing brain and infect the fetus through the mother’s blood, and ultimately lead to head malformation syndrome.

In mice genetically modified organism, the Zika virus infection can lead to the death of most of the embryo, while the remaining embryos is much smaller compared to normal embryos, but the placenta also exhibited some damage effects, such as atrophy, etc. , while the injured placenta can not provide enough nutrients and oxygen to the developing embryo, which can lead to fetal growth retardation, and the emergence of various fatal diseases.

Indira Mysorekar researcher and his colleagues want to identify the virus by studying what is the use of molecules into the placenta, if researchers reveal the mechanisms by which it is possible to develop an effective approach to blocking infection of the virus, of course, the biggest threat to Zika virus or damage to the developing fetus, if the threat of Zika virus can be eliminated so public health emergencies might be significantly reduced.