Researchers from Umeå University, Sweden, may have pinpointed some of the environmental factors associated with developing celiac disease during childhood and adolescence. Season and region of birth are linked to an increased risk of celiac disease from birth to 15 years old. 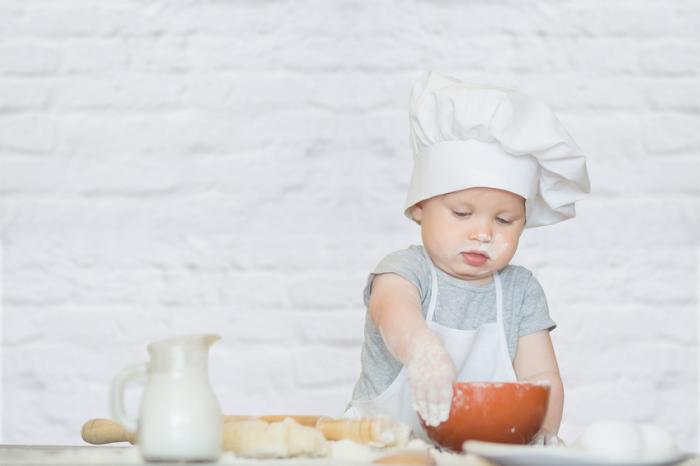 Kids are often diagnosed with celiac disease when they are between 6 months and 2 years old, which is when most kids get their first taste of gluten in foods.

Celiac disease (CD) is an autoimmune condition whereby the immune system – the body’s defense against infection – mistakenly attacks healthy tissue. The immune system mistakes the substances found in gluten as a threat to the body and attacks them. CD is not an allergy or intolerance to gluten.

Prevalence of CD is estimated at around 1 in 100 people worldwide and affects at least 3 million Americans. CD incidence is increasing globally, which suggests environmental factors may play a role in the cause of the disease.

The objective of the Swedish study was to explore the effects of season of birth on the risk of CD, and compare different areas and time periods to suggest environmental factors that may be associated with CD seasonality.

The research team accessed a long-term study of almost 2 million children up to the age of 15 who were born in Sweden between 1991-2009. A total of 6,569 of the children were diagnosed with CD from 47 pediatric departments across the country.

Fredinah Namatovu, senior research assistant at Department of Public Health and Clinical Medicine Epidemiology and Global Health at Umeå University, and colleagues examined the association between CD diagnosis and season, region, and year of birth.

Results from the research, published in the Archives of Disease in Childhood, showed that the risk of CD diagnosis among children born in spring (March-May), summer (June-August), and autumn (September-November) was 10 percent higher than children born in winter (December-February).

Children under the age of 2 years were more likely to develop CD if they were born in spring, and children 2-14.9 years had an increased risk of CD when born in summer and autumn compared with winter.

CD risk was higher in girls than boys, regardless of age across all seasons and birth years.

Celiac disease could be triggered by viral infections

The authors say that while there have been several studies that look at the association between season of birth and CD in Sweden, this is the first Swedish study investigating CD risk while taking into account four seasons and geographical variations.

No firm conclusions can be drawn from the research regarding cause and effect, as the study is observational. Also, one of the limitations of the investigation is the lack of data on infections and vitamin D level, which could be potential influential factors in seasonality and, subsequently, CD risk.

Namatovu and team write: “One hypothesis for increased CD risk and spring/summer birth is that, those infants are more likely to be weaned and introduced to gluten during autumn/winter, a time characterized by exposure to seasonal viral infections.”

While some studies suggest breast-feeding to be protective against CD through mechanisms such as regulating gut microbiota and, furthermore, its effect on the immune system, recent studies could not confirm breast-feeding’s protective effect.

The researchers also suggest that development of CD could be triggered by viral infections that alter intestinal bacteria and increase the permeability of cells lining the gut.

Among Swedish physicians, it is well known that the yearly epidemics of respiratory syncytial virus, rotavirus, and influenza start in southern Sweden and spread northward over a couple of months, which supports some of the associations observed, the authors add.

Another suggested mechanism for seasonal variation of CD risk is vitamin D deficiency due to differences in sunlight and UVB exposure. Low Vitamin D levels during childhood are a risk factor for immune-mediated diseases such as multiple sclerosis, inflammatory bowel disease, and type 1 diabetes.

However, every child is recommended and offered government-funded vitamin D supplementation from 1 week to 2 years of age, to ensure adequate levels.

“A remaining possible link to sunlight and vitamin D is that pregnant women who give birth in spring have the lowest levels of vitamin D during late gestation when important programming and development of the fetal immune system takes place,” they suggest.

“Viral infections are the strongest possible risk factor in favor of our findings, although the role of vitamin D during pregnancy is still plausible.”

“Whatever exposures are important in explaining seasonality, they have to work in a well-defined period, that is, during early life when the immune system is in an important developmental phase, otherwise there would be no seasonal pattern,” they conclude.

Read about how being overweight or obese in midlife may age the brain by 10 years.