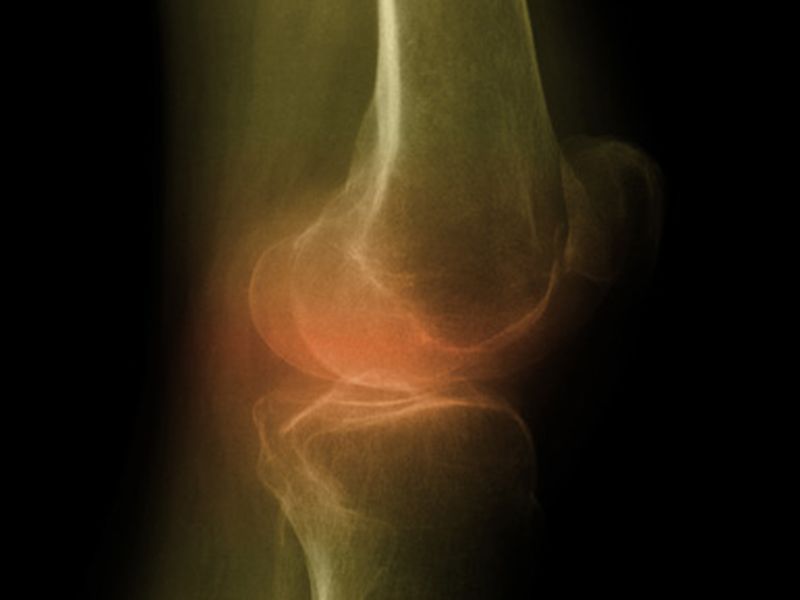 THURSDAY, Oct. 20, 2016 (HealthDay News) — Using cells from the cartilage in patients’ noses, Swiss doctors have successfully made patches to treat 10 adults whose knee cartilage was damaged by injury.

Two years after the transplants, most of the patients grew new cartilage in their knees and reported improvements in pain, knee function and quality of life.

“We have developed a new, promising approach to the treatment of articular cartilage injuries,” said lead researcher Ivan Martin, a professor of tissue engineering at the University of Basel. The articular cartilage is the tissue that covers and protects the ends of the knee bones, and injuries to it can lead to degenerative joint conditions like osteoarthritis.

Although the results of this preliminary trial are encouraging, more research is needed before this technique could become widely available, Martin stressed.

“Before this can be offered to patients as a standard treatment, obviously it needs to be tested in a larger number of patients and in randomized trials with long-term assessment of clinical outcomes,” Martin said.

The report was published Oct. 22 in The Lancet.

“Treatment of cartilage injuries remains a significant clinical problem, and there is no gold standard treatment and no optimal treatment available,” said Dr. Nicole Rotter, vice chair of the department of otorhinolaryngology at Ulm University in Germany.

Using cells from the nose for joint repair is completely new, added Rotter, who co-wrote an editorial accompanying the study. “Nasal cartilage might be a great source for cartilage repair; however, further clinical studies are required,” she said.

For the study, Martin and colleagues took a small sample of cartilage cells from the patient’s nose bone, then grew more cells by exposing them to growth hormone for two weeks. All the cells were then placed in a membrane of collagen and cultured for two more weeks.

The engineered graft was cut into the right shape and used to replace damaged cartilage after it was surgically removed from the patient’s knee.

With the procedure, only a small sample of cells is taken from the nose, using a local anesthetic. After the knee is repaired, the patient is on crutches for six to eight weeks. It typically takes several months for a full recovery, the researchers said.

Two years after the procedure, MRI scans revealed that new tissue had developed that was similar to normal knee cartilage. In addition, nine patients reported improvements in the use of their knee and less pain. One patient was excluded because of several new sports injuries.

No bad reactions were reported, but two serious adverse events unrelated to the procedure occurred — an independent injury in the untreated knee and new cartilage damage in other areas of the treated knee, the researchers said.

Even small articular cartilage injuries can cause pain, limit walking and running, and restrict joint motion, Hepinstall said. “Over time, surrounding healthy cartilage can deteriorate — resulting in arthritis,” he added.

A variety of surgical procedures have been developed to fill “potholes” in articular cartilage, with varying success, he said.

For the last two decades, surgeons have been able to take cartilage cells from the knee, grow them in a lab, and put them back into a patient’s knee, Hepinstall said.

This new study demonstrates the plausibility of taking cartilage cells from the nose in a less invasive procedure that only requires a local anesthetic, he said.

“If the study results can be duplicated and extended to a larger number of patients, this is a step forward in articular cartilage restoration, and I applaud the research efforts,” Hepinstall said.

This Year’s Winner Of The Nikon Small World Photomicrography Competition