Researchers from the Salk Institute for Biological Studies in La Jolla, CA, report success for the first time in using gene-editing technology to prevent multiple human mitochondrial diseases from being passed from female mice to their offspring. 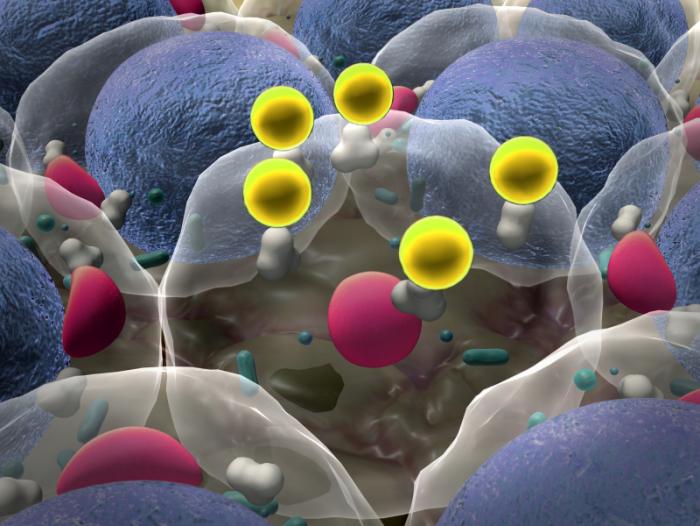 Mitochondria generate the majority of the energy used by cells, with each cell containing between 1,000 and 100,000 copies of mitochondrial DNA.

Mitochondria generate the majority of the energy used by cells, with each cell containing between 1,000 and 100,000 copies of mitochondrial DNA. Mitochondrial DNA is passed exclusively through maternal inheritance.

Mitochondrial diseases are inherited maternally and cause a variety of severe conditions that currently have no cure. In patients who have these diseases, mutated and normal mitochondrial DNA are typically mixed together in cells. If the patient has a high percentage of mutated mitochondrial DNA, this can lead to organ failure and serious health problems including seizures, dementia, diabetes, heart failure, liver dysfunction, vision loss and deafness.

Genetic screening of embryos can partially reduce the risk of mitochondrial diseases being transmitted from mother to child, but therapeutic options are limited.

Mitochondrial replacement therapy, a new technique in which healthy mitochondria are provided from a donor, is currently under evaluation in the US. However, this approach is controversial, and because it relies on combining the genetic material of three different people, there have been an assortment of ethical, safety and medical objections.

Because the approach tested by the Salk team does not require donor DNA, the researchers believe the gene-editing technique is safer, simpler and more ethical than mitochondrial replacement therapy. The enzymes are designed to find specific mutated DNA sequences and make a precise incision that destroys the mutated DNA, while leaving the normal mitochondrial DNA intact.

“This technique is based on a single injection of mRNA into a mother’s oocytes or early embryos and therefore could be easily implemented in IVF (in vitro fertilization) clinics throughout the world,” explains senior study author Juan Carlos Izpisua Belmonte, of the Salk Institute for Biological Studies.

“Since mutations in mitochondrial DNA have also been implicated in neurodegenerative disorders, cancer and aging, our technology could potentially have broad clinical implications for preventing the transmission of disease-causing mutations to future generations,” Belmonte says.


Fertilized eggs from the mice were injected with the enzymes. Levels of the targeted DNA were successfully decreased, the authors report, while the healthy mitochondrial DNA was unaffected. The mouse embryos were transferred to female mice where they developed normally and resulted in healthy pups with low levels of the targeted mitochondrial DNA.

What is more, these pups later went on to give birth to healthy offspring themselves, who were also found to have low levels of the targeted DNA, demonstrating that this is a viable approach for preventing transgenerational transmission of mitochondrial diseases.

Next, the team tested TALENs that had been designed to target human mitochondrial DNA mutations known to cause two disorders – Leber’s hereditary optic neuropathy and dystonia (LHOND) and neurogenic muscle weakness, ataxia, and retinitis pigmentosa (NARP).

The researchers trialled the TALENs using mouse eggs that contained genetic material from human patients. Again, the technique resulted in a significant reduction of the mutated DNA.

Belmonte believes that his team’s approach will be successful at reducing the percentage of mutated mitochondrial DNA below the threshold for causing disease in humans:

Before clinical trials begin, however, the safety and efficacy of the method need to be evaluated in eggs from human patients with mitochondrial diseases. The team says they will obtain such eggs from the surplus stock of eggs from IVF clinics that are donated by patients for research purposes.