Researchers have for the first time shown it may be possible to detect early – or pre-fibrotic – stages of myelofibrosis noninvasively with magnetic resonance imaging. The current standard method of diagnosing the rare bone marrow cancer is through tissue analysis of biopsy samples. 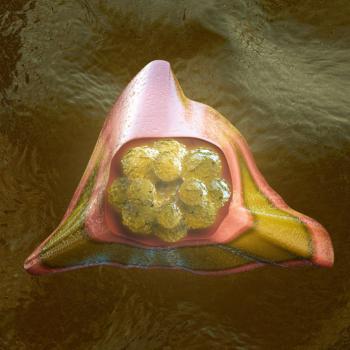 Myelofibrosis is a rare, slowly evolving cancer where bone marrow becomes scarred and fibrous and loses its ability to make normal blood cells.

Katya Ravid, professor of medicine and biochemistry at Boston University School of Medicine, MA, and colleagues report their findings in the Blood Cancer Journal.

Myelofibrosis is a rare, slowly evolving cancer where bone marrow – which makes blood cells – becomes scarred and fibrous, impairing its ability to make normal blood cells. Although it can occur at any age, it typically develops after the age of 50.

As the condition progresses, it causes weakness and fatigue, and these symptoms are often accompanied by swelling of the liver and spleen.

While the exact causes of myelofibrosis are unknown, research suggests it may arise from noninherited mutations in the JAK2, MPL, CALR, and TET2 genes in blood stem cells. Other genes may also be involved.

Few population studies are available to estimate the prevalence of myelofibrosis. A review of textbooks and journal papers suggests it may affect 0.3-1.5 out of every 100,000 people in Europe, Australia, and North America.

When myelofibrosis arises without having had any other condition it is called primary myelofibrosis (PMF). However, the condition can also follow from other blood disorders, note the authors.

The condition gradually changes the structure of the bone marrow, which in the end-stage shows excessive deposits of reticulin fibers and cross-linked collagen. This gradually impairs normal blood cell development, leading to bone marrow failure.

The current standard way of diagnosing myelofibrosis is via an invasive biopsy and tissue analysis of the bone marrow to assess the state of the cell population and reticulin deposits.

In their paper, the authors explain that previous studies have investigated the use of magnetic resonance imaging (MRI) to detect myelofibrosis, but to their knowledge, none had yet investigated how effectively it might detect a pre-fibrotic state of the disease.

For their study, they devised and tested an approach using “T2-weighted MRI” to see if they could detect bone marrow fibrosis in a mouse model of the disease. They also asked “whether this modality can capture early and late stages of the pathology.”

The researchers found they could detect a pre-fibrotic state of myelofibrosis with a clear, bright MRI signal, as well as more advanced states.

One of the features of pre-fibrotic myelofibrosis is an abundance of a type of large bone marrow cell called megakaryocytes. The researchers suggest these are responsible for the bright MRI signal.

They conclude that their study is the first to evaluate a “T2-weighted MRI in a mouse model of myelofibrosis, with examination of potential sources of the MRI signal.”

They also suggest perhaps such MRIs might be used to guide decisions on if and where biopsy should be performed.

“Our study provides proof-of-concept that this noninvasive modality can detect pre-fibrotic stages of the disease.”

Discover how a new tracer improves the tracking of cells during MRI.