Some types of fat increase the risk factors for heart disease more than others, finds a new study published in the Journal of the American College of Cardiology. While belly fat and fat under the skin are both associated with new and worsening heart disease risk factors, the relationship was more pronounced in belly fat. 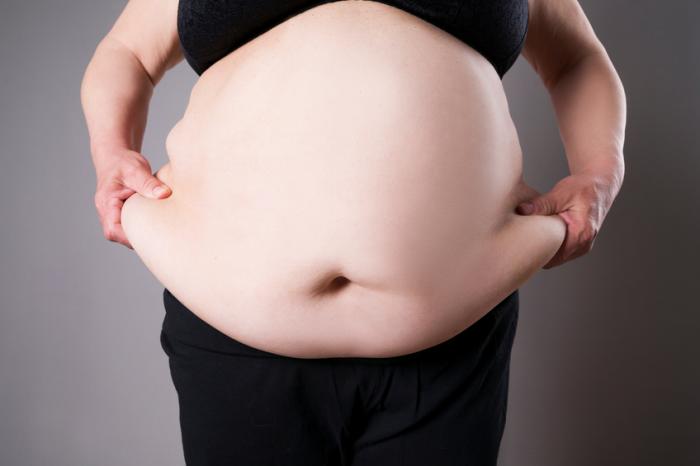 Around 1 in every 4 deaths in the United States are a result of heart disease. The majority of cardiovascular disease risk factors – high blood pressure, cholesterol, overweight and obesity, tobacco use, lack of physical activity, and diabetes – can be controlled, treated, or modified.

While just over 70 percent of U.S. adults are overweight and more than one third are obese, the new study shows that the region of the body where fat is distributed is a major factor in a person’s risk of heart disease.

Previous research has found that individuals who carry excess abdominal fat – particularly around the waist – face a greater risk of heart disease, compared with people who have fat elsewhere.

This study confirms that regional fat deposits in the stomach are harmful and suggests that the density of stomach fat – measured by CT scan – is just as influential on the risk of heart disease as the amount of fat a person has.

From CT scans, investigators note that the more fat a person has, the lower the density of the fat.

Dr. Caroline Fox, a former senior investigator for the National Heart, Lung and Blood Institute and the study’s senior researcher, and colleagues aimed to identify whether there was a relationship between volume and density changes in abdominal fat and changes in cardiovascular risk factors over the 6-year course of the study data.

The team studied 1,106 participants – average age 45 years and 44 percent women – enrolled in the Framingham Heart Study, and they assessed their CT scans to measure coronary and abdominal aortic calcification. The amount of abdominal fat they had accumulated, its location, and the density of the body fat were analyzed.

During the study, participants had measurements taken of subcutaneous adipose fat – fat that lies just underneath the skin – and visceral adipose fat that is situated inside the abdominal cavity.

Results indicated that increases in the amount of fat and decreases in the density of the fat were associated with adverse changes in heart disease risk. Additionally, each extra pound of fat gained from the start of the study through follow-up was linked to new-onset high blood pressure, high triglycerides, and metabolic syndrome.

While increases in both subcutaneous and visceral adipose fats were linked with initiating new and exacerbated cardiovascular disease risk factors, the relationship was more noticeable in fat inside the abdominal cavity than fat under the skin.

Higher levels of fat under the skin may have a protective effect to serve as a “metabolic sink for storing excess fat particles,” Dr. Fox hypothesizes. However, in contrast, fat stored in the abdominal cavity is considered to be hazardous.

The researchers indicate that after adjusting for changes in body mass index (BMI) and waist circumference – two identifiers of whether a person is a healthy weight – their findings remained significant.

To examine abdominal adipose tissue volume and density change, the team divided the participants into three groups for assessment. They discovered that individuals who had greater increases in fat volume and a bigger reduction in fat density had a relatively higher incidence of heart disease risk factors.

Dr. James A. de Lemos states in an accompanying editorial that the study findings back up other studies that suggest the location and type of fat deposits provide essential information about heart disease risk that cannot be identified with simple measures like BMI.

“What’s really interesting is that we show that an increase in the amount of stomach fat and a lower density fat is associated with worse heart disease risk factors – even after accounting for how much weight was gained. This hasn’t been shown before.”

Dr. Fox continues to say that the correlation between fat density and worsening heart disease risk is significant. “Measuring fat density is a new measure that we are still working to understand and warrants further investigation,” she adds. “We used it as an indirect measure of fat quality and found that lower numbers were linked to greater heart disease risk.”

Future work of Dr. Fox and co-workers will target why and how fat density is associated with metabolic consequences – hypertension, abnormal cholesterol, diabetes, inflammation, insulin resistance – of obesity. They also hope to unravel how synchronized decreased density of fat and increased fat volume escalates the occurrence of damaging cardiometabolic changes.