Depression is a debilitating condition on its own, but a new study suggests that for African-American heart failure patients, even moderate symptoms could increase the risk of hospitalization or death. 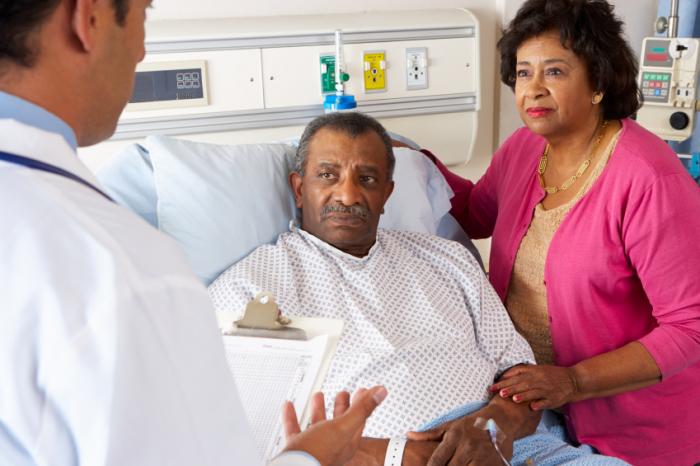 The researchers found that even moderate depressive symptoms could increase the risk of hospitalization or death for African-American heart failure patients.

Although depression has previously been associated with worse health outcomes for heart failure patients, most studies have only examined white patients. However, African-Americans are at an increased risk of heart failure compared with white people, according to the authors of the study.

Heart failure occurs when the heart is unable to pump enough blood and oxygen around the body to support vital organs. In 2009, 1 in 9 deaths in the US were attributable to heart failure. High blood pressure, obesity and diabetes are three major risk factors for heart failure, and all three disproportionately affect African-Americans.

For the study, the participants answered questions about their emotional health using a test validated for measuring depression. Participants scoring 14 or more on the test were considered to have clinical depression.

At the beginning of the study, depressive symptoms such as fatigue, lack of energy and feelings of hopelessness were recorded both at the start of the study and after 3 months. Around one third of the African-American participants reported symptoms associated with clinical depression as the study commenced.

The researchers then examined the associations between depressive symptoms at the start of the study and changes in symptoms in relation to the health outcomes of the participants. Other variables such as age, gender, other medical conditions and severity of heart failure were adjusted for.

African-American patients had a 33% higher risk of hospitalization or dying when symptoms of depression grew worse over the 3 months in comparison with patients whose depressive symptoms remained stable.

“These results suggest the potential importance of screening all heart failure patients with simple questions about their mood and depression at every health appointment, so their depression can be identified and treated,” says Dr. Mentz.

The authors acknowledge that their study is a retrospective analysis and, therefore, cannot be used to determine causality. After adjusting for variables, other unmeasured factors could still have influenced the findings. Additionally, they state that further study is needed to determine whether worsening depression is a cause or consequence of heart failure progression.

Despite these limitations, the authors believe their findings suggest the importance of attention to even modest baseline symptoms of depression.

“Further studies are needed to investigate the optimal treatment approaches for depression in [African-American] patients with [heart failure],” conclude the authors.