Mental health problems are prevalent in morbidly obese patients and those undergoing bariatric surgery. A recent study, published in JAMA Surgery, finds that the risk for self-harm emergencies increased after surgery. 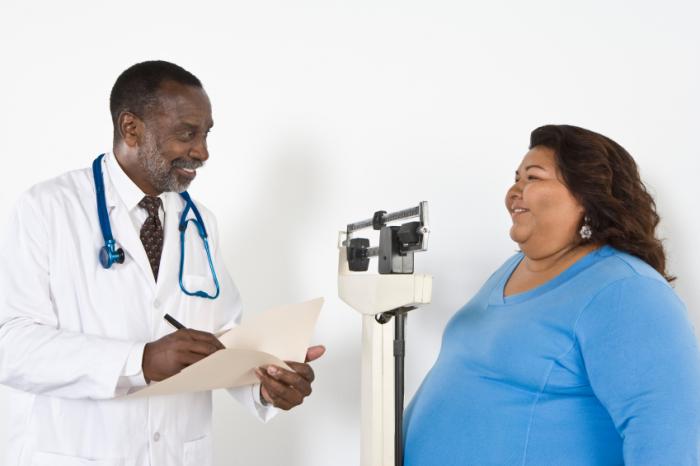 Morbid obesity has reached epidemic levels in affluent countries; approximately 6% of Americans are morbidly obese. When diet, exercise and behavioral counseling are unsuccessful, bariatric surgery is an effective treatment, leading to an estimated 60-80% reduction in excess weight within a year of surgery.

Bariatric surgery works by restricting gastric capacity, as in gastric banding, reducing absorption surface, as in intestinal bypass, or a combination of both. Previous reviews confirm the safety of bariatric surgery with average surgical mortality rates of less than 1%.

Mental health issues are a concern

Mental health problems are common in morbidly obese patients and those undergoing bariatric surgery. Issues include substance misuse, major depression and eating disorders, which can compromise the outcome and success of surgery.

Self-harm behaviors, including suicidal ideation and suicide attempts, are frequent in bariatric surgery candidates. It is unclear, however, whether these behaviors are mitigated or aggravated by surgery.

Of 30 previous studies, 28 suggest that the suicide risk for patients undergoing bariatric surgery is four times higher than the general population norm. The fact that it happens soon after bariatric surgery suggests a causal relationship.

In most bariatric care programs in North America, mental health professionals evaluate and prepare patients for maximum success by conducting clinical interviews and referring to symptom inventories. However, consensus is lacking regarding the structure, content and inclusion criteria for these evaluations.

Dr. Junaid A. Bhatti, PhD, and colleagues from the Sunnybrook Research Institute in Ontario, Canada, studied 8,815 adults to compare self-harm behaviors before and after bariatric surgery, using province-wide health registers.

Follow-up for each patient was 3 years prior to surgery and 3 years after. The researchers categorized four distinct mechanisms of self-harm behaviors: medications, alcohol, poisoning by toxic chemicals and physical trauma.

Nearly all events involved patients with a history of a mental health disorder, particularly those diagnosed in the last 4 years. Intentional self-poisoning by medications was the most common mechanism of attempted suicide. Six patients had five or more emergencies during follow-up.

Events frequently involved women, people of 35 years or older and those living in urban areas.

Previously suggested reasons for the association between bariatric surgery and the subsequent risk of self-harm include: permanent changes in body image, diet-related stress and unmet expectations of weight loss, which could increase mental health problems, leading to behaviors such as binge eating, substance misuse and self-harm behaviors.

Changes in metabolism of alcohol could play a role, as well as changes in neurohormonal levels, which could lead to depression, addiction and suicide.

The researchers believe that these adverse events undermine the overall benefits of bariatric surgery, and they call for more active screening for self-harm risk among bariatric surgery patients, as well as closer identification of vulnerable patients.

They advocate further investigation into the reasons for self-harm behaviors after bariatric surgery and ways to reduce these risks.

“The study by Bhatti and colleagues underscores the unique vulnerability of patients undergoing bariatric surgery and forces us to look closely at why suicide rates are more than four times higher in these patients than the general population. Bariatric surgery is more than just an operation. It is time we recognize and treat it as such.”

Medical News Today recently reported that the incidence of obesity in the US is highest in the South and Midwest.