Injections of a potential new therapy – benralizumab – over the course of a year have reduced the frequency of asthma flare-ups in people with the most severe form of asthma, two trials suggest. 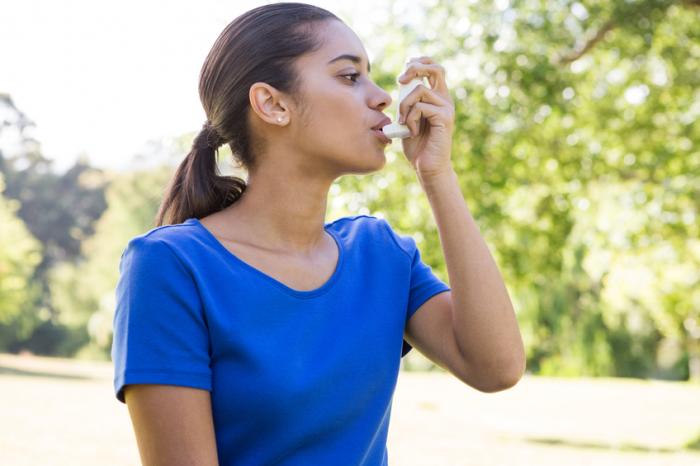 People with severe, uncontrolled asthma often have high levels of eosinophils in their blood and airways – known as eosinophilia – which is associated with frequent asthma exacerbations.

Benralizumab is a monoclonal antibody therapy that uses antibodies that are made in a lab rather than by a person’s immune system.

The antibodies recruit other parts of the immune system to rapidly clear away eosinophils – immune cells that play a role in allergies and asthma.

“Two drugs are currently approved for the treatment of severe, uncontrolled asthma (mepolizumab and reslizumab), but both target the IL-5 molecule directly, rather than the receptor,” says Prof. Eugene Bleecker, M.D., from the Center for Genomics and Personalized Medicine Research at Wake Forest School of Medicine, in North Carolina. He is the lead author of the SIROCCO trial.

“By targeting the IL-5 receptor, benralizumab depletes eosinophils directly, and our studies show that eosinophil counts were nearly completely depleted by week 4 of treatment,” he adds.

According to the Centers for Disease Control and Prevention (CDC), there are around 17.7 million adults and 6.3 million children in the United States who have asthma. Approximately 10 percent of people with asthma worldwide have severe or uncontrolled asthma.

While severe asthma is treatable with high-dose inhaled corticosteroids (ICS) and long-acting beta agonists (LABA) in the form of inhalers, for some patients, these types of therapies are ineffective and do not control their asthma. Moreover, these patients continue to be at an increased risk of exacerbations and hospitalization.

Two trials, CALIMA and SIROCCO, examined the effect of benralizumab injections on 2,500 people with severe asthma compared with placebo. The participants had previously had high rates of hospitalization and had few available treatment options.

Participants in the CALIMA trial had to have experienced two exacerbations in the previous year to qualify for the study and were already being treated with ISC and LABA.

The SIROCCO trial included 1,209 patients, split similarly into three categories, with treatment continuing for a total of 48 weeks.

Four patients in the CALIMA trial treated with benralizumab and five patients in the SIROCCO trial – three benralizumab-treated patients and two in the placebo group – died over the course of the trial. However, none of the deaths were connected to the treatments.

“The results from both trials indicate that benralizumab treatment once every 4 or 8 weeks decreased eosinophil counts, reduced asthma exacerbations, and improved lung function for patients with severe, uncontrolled asthma with eosinophilia.”

“Additional therapeutic options to control severe asthma are urgently needed, and our findings support the use of benralizumab as an add-on therapy for the treatment of severe asthma with persistent eosinophilia,” FitzGerald adds.

“The CALIMA and SIROCCO studies also suggest that more frequent dosing initially followed by longer duration between treatments with an anti-interkeukin-5 monoclonal antibody should be investigated further.”

Findings from two other trials, published in The Lancet Respiratory Medicine, examine the efficacy and safety of lebrikizumab – another monoclonal antibody and an experimental immunosuppressive drug – in patients with uncontrolled asthma.

The two trials, LAVOLTA I and II, included 1,081 and 1,067 patients with severe asthma split into three categories and treated for 52 weeks. Findings were not consistent with those of benralizumab. The rates in exacerbation reductions were neither significant nor consistent.

Results from LAVOLTA I and II trials suggest that the drug, which blocks IL-13, may not provide sufficient improvements in decreasing asthma exacerbations.

Read about how breast-feeding may reduce symptoms of asthma in at-risk infants.

The AMA Has Just Declared “OBESITY” As A Disease

Disease : Everything You Need To Know