Popular notion holds that keeping the brain active as we age – by doing crosswords, for example – can help protect against cognitive decline later in life. Now, a new study claims socializing or taking part in arts, crafts and computer activities may have the same effect, reducing the risk of mild cognitive impairment. 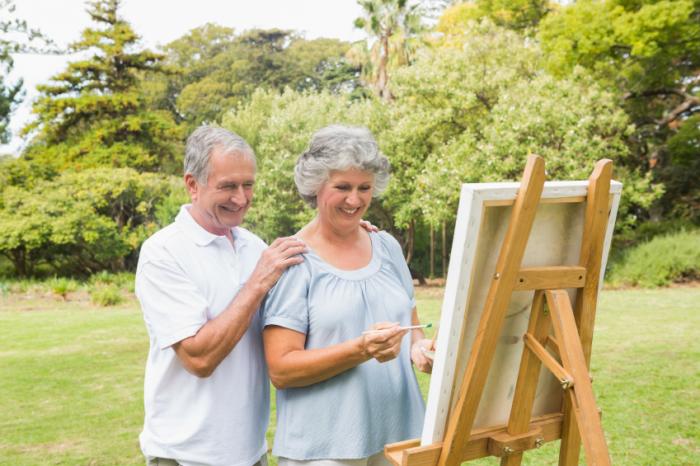 Participants who engaged in artistic activities – such as painting – were 73% less likely to develop MCI, according to the results.

Dr. Rosebud Roberts, of the Mayo Clinic in Rochester, MN, and colleagues publish their findings
in the journal Neurology.

It is estimated that in the US, around 10-20% of adults aged 65 or older may have mild cognitive impairment (MCI). The condition is characterized by problems with memory and thinking skills.

Though the cognitive changes among people with MCI are not severe enough to interfere with day-to-day life, the condition is believed to be a risk factor for dementia. As the US population continues to age, the number of people with MCI is expected to rise.

“As millions of older US adults are reaching the age where they may experience these memory and thinking problems […], it is important we look to find lifestyle changes that may stave off the condition,” says Dr. Roberts.

In their study, Dr. Roberts and colleagues set out to see whether taking part in certain activities in middle and old age could help protect against MCI.

The team enrolled 256 participants with an average age of 87 to their study. All participants were free of any memory or thinking problems at study baseline and were followed-up for an average of 4 years.

During the 4-year follow-up period, 121 participants developed MCI, according to the researchers.

The team found that adults who took part in artistic activities during both middle and old age were at 73% lower risk of developing MCI, compared with participants who did not engage in such activities.

Participants who engaged in computer use in old age were at a 53% lower risk of MCI, according to the results.

“Our study supports the idea that engaging the mind may protect neurons, or the building blocks of the brain, from dying, stimulate growth of new neurons, or may help recruit new neurons to maintain cognitive activities in old age.”

The researchers note that participants with certain risk factors – such as high blood pressure in middle age, presence of the APOE gene and depression – were at increased risk of MCI regardless of whether or not they socialized or took part in arts, crafts or computer activities.

Last Month, Medical News Today reported on a study published in The Lancet, in which researchers found mental and physical exercises could protect against cognitive decline in older adults.