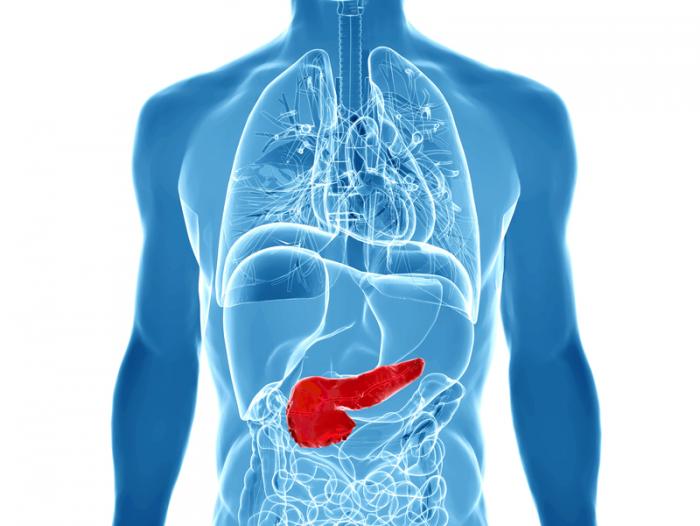 A reduction of antioxidants in pancreatic cancer cells can help kill them.

According to the American Cancer Society, around 53,070 people will be diagnosed with pancreatic cancer in the Unites States in 2016, and around 41,780 people will die of the disease. Pancreatic cancer accounts for about 3 percent of all cancers in the U.S. and about 7% of cancer deaths.

Pancreatic cancer is caused by the abnormal, uncontrolled growth of cells in the pancreas.

A research team at Cold Spring Harbor Laboratory (CSHL) in New York finds that reducing levels of antioxidants in pancreatic cells can help to kill them. This new strategy for eradicating pancreatic cancer cells may open new doors for treating this serious illness, in which less than 5 percent of patients survive 5 years.

“Antioxidant” has become a popular buzzword that is viewed as a cure-all notion for health ailments; it is widely believed that raising levels of antioxidants stops cancer cells from developing.

In reality, although antioxidants interact with and neutralize free radicals and prevent them from causing damage, there is little available evidence that antioxidants prevent cancer.

Furthermore, trials have found that people taking antioxidant supplements during cancer therapy have worse outcomes, especially if they were smokers.

Does increasing antioxidant levels do more harm than good?

In a series of complex experiments, the CSHL researchers demonstrate that in pancreatic cells that are abnormal or in a malignant state, raising antioxidant levels can do more harm than good.

In healthy cells, the amounts of oxidizing and anti-oxidizing agents are kept precisely balanced in every cell.

However, in proliferating cancer cells – that are increasing rapidly in number through growth and cell division – the amounts of oxidants in malignant cells increase, but anti-oxidants also increase to counter the impact of rising oxidation.

CSHL’s Prof. David Tuveson – M.D., Ph.D., director of research for the Lustgarten Foundation – and colleagues note that without the amounts of antioxidants going up in scale with the oxidants, malignant cells will die from excessive oxidation.

“Of course, that’s exactly what we want cancer cells to do – to burn themselves out,” says Iok In Christine Chio, a postdoctoral investigator in the Tuveson lab who led the experiments.

“The therapeutic principle our lab is testing is whether, by increasing the level of oxidation in cancer cells, we can cause pre-malignant and malignant cells to die,” she adds.

Treatments for cancer such as radiation therapy and chemotherapy destroy cancer cells by promoting oxidation. Although antioxidants protect cellular DNA from damage by oxidative stress, they likely protect cancer cells, too.

Exposing cells to excessive oxidation causes them to experience programmed cell death called apoptosis. A method of increasing oxidation in cancer cells is to decrease levels of antioxidants within the same cells.

Tuveson and team aimed to find a technique whereby they could increase oxidation without harming healthy cells. They concentrated on NRF2, a protein that can be tweaked to disrupt the balance between oxidation and decreased cancer cells.

When NRF2 is active, cells synthesize a chemical called glutathione, an important antioxidant. However, it is not possible to reduce NRF2 activity or make it inactive, as it has a role in regulating several hundred different genes. “One can’t delete it from a cell without impacting many other processes,” says Chio.

The team used samples of pancreas cells from people with pancreatic cancer (malignant and pre-malignant) and individuals with a healthy pancreas to conduct an experiment where NRF2 was eliminated.

They found that when NRF2 was missing, the process of translating messages from the genes into proteins was highly affected by the oxidant and antioxidant balance, but only in the cancerous cells. The healthy cells were still able to produce the proteins.

“We were very excited when we saw this. This meant that if we could find a way of reducing antioxidants, protein synthesis would only be impacted in precancerous and malignant cells, a potentially powerful therapeutic strategy.”

The crux of the experiment was to use two drugs in combination: an AKT (protein kinase B) inhibitor, and a BSO (buthionine sulfoximine), which reduces levels of glutathione.

AKT inhibitors have been used in trials on cancer patients before but with limited success. The team wanted to combine this with the BSO to mimic what would happen if they could reduce levels of NRF2.

“We were able to test this idea and see that this approach was synthetically lethal – it did increase the killing power of the AKT inhibitor, but the synergy was not present in the setting of normal pancreas cells,” Chio says. Fundamentally, healthy pancreas cells were not damaged by the treatment.

The team hopes their findings can enable them to propose new treatments and approaches for cancer patients, and they hope to start clinical trials in the near future.

Read about a treatment combo that could boost the treatment respose of pancreatic cancer tumors.