The Paleo diet – often dubbed “the caveman diet” – has attracted its fair share of criticism. But the early results of a new study demonstrate its potential health benefits, suggesting that switching to the Paleo diet for just 8 weeks could aid heart health. 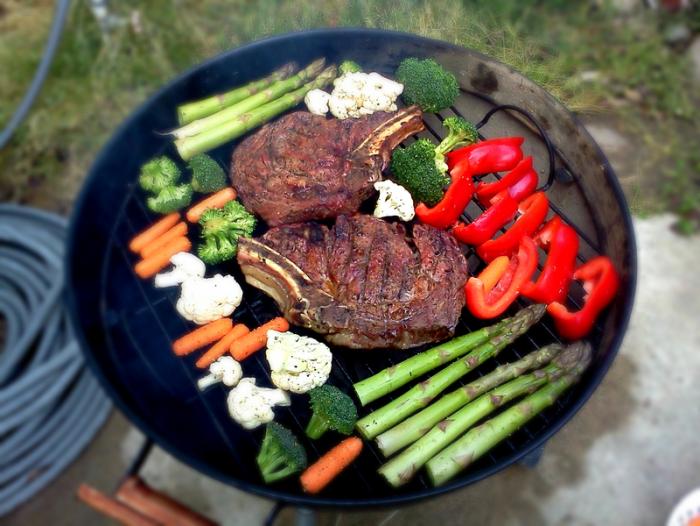 Chad Dolan, of the Laboratory of Integrative Psychology at the University of Houston, TX, and colleagues found that healthy adults who swapped from a Western diet to a Paleo diet experienced an increase in interleukin-10 (IL-10) levels, indicating a lower risk of heart attack and cardiovascular disease.

The Paleo diet is based on foods believed to have been consumed by our hunter-gatherer ancestors, including fruits, vegetables, nuts and seeds, fish, lean meats, and plant-based oils – such as olive oil. Processed foods, dairy products, potatoes, salt, refined sugar, grains, and legumes should be avoided, as should coffee and alcohol.

Advocators of the Paleo diet claim it is the healthiest way of eating; Loren Cordain, Ph.D., founder of the Paleo diet movement, says on his website that the diet “will help to optimize your health, minimize your risk of chronic disease, and lose weight.”

The rationale behind this is that the body is better suited to the diet of early humans, and that it is a modern diet and the body’s inability to adapt to it that fuels chronic illness.

However, this theory has been met with much criticism, with some researchers arguing that since our ancient ancestors only lived until an average age of 30-35 years, following the diet may not be good for health.

Earlier this year, one study even suggested that the diet could be “dangerous,” leading to rapid weight gain and increasing the risk of diabetes.

Dolan and colleagues, however, find that when it comes to heart health, the Paleo diet has its benefits.

For their study, the researchers enrolled eight healthy adults who normally consumed a Western diet – typically high in saturated fats and processed foods, and low in fruits, vegetables, and fish.

After initial counseling on how to adhere to the Paleo diet, subjects were asked to switch to it for 8 weeks. They were given a Paleo diet menu and recipe guide to help them with food choices, and they were told they could eat as many of these foods as they wished over the 8-week period.

On assessing blood samples taken from the participants before and after the diet swap, the researchers found that they demonstrated an average 35 percent increase in levels of the molecule IL-10.

Still, they believe that higher IL-10 levels – seen with the Paleo diet – could lower inflammation, protecting blood vessels and reducing the risk of cardiovascular disease.

The researchers also noted a reduction in participants’ calorie intake and weight with the 8-week Paleo diet, though they note the study was not designed to promote weight loss.

The researchers stress that their study is incomplete at present, but they are encouraged by the early results.

“This study’s findings add to the possibility that short-term dietary changes from a traditional Western pattern of eating to foods promoted in the Paleo diet may improve health – or, at the very least, the diet does not have negative health implications in terms of the parameters we studied.

If our research continues to show that the Paleo diet produces detectable changes in healthy individuals, it will substantiate claims made by those supporting this diet for the past few decades and provide preliminary evidence for another therapeutic strategy for cardiovascular disease and coronary artery disease prevention.”

The team plans to conduct another study with more participants, who will follow the Paleo diet for a longer period of time, in order to assess how it influences cardiovascular disease risk factors.

Read about how fish oil could reverse the effects of a high-fat diet.

Let The Patient From Hell: To Observe The Nursing