In January 2014, the US Food and Drug Administration published a study in which they identified an amphetamine-like stimulant in a number of commonly used dietary supplements. More than 2 years later, a new study led by a researcher from Harvard Medical School in Cambridge, MA, finds that, not only are products containing the supplement still on the market, their abundance has increased. 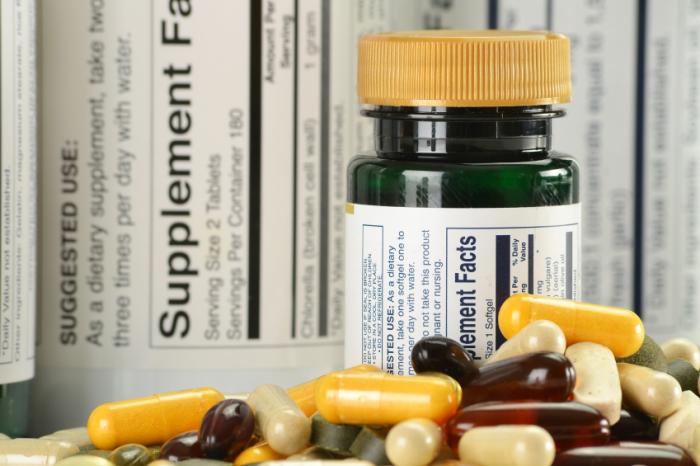 “Since the FDA discovered BMPEA in supplements, the percentage of brands of Acacia rigidula supplements that contain BMPEA has appeared to increase, from 42.9% in 2012 to 52.4% in 2014,” note the researchers.

BMPEA is a synthetic compound closely related to amphetamine. Though the safety of the substance has not been tested in humans, studies in cats and dogs have shown it to increase blood pressure and heart rate – conditions known to raise the risk of heart attack and stroke in humans.

But despite the FDA’s findings, it seems the organization has taken no action to enforce the removal of BMPEA from dietary supplements or warn consumers about the potential risks.

Findings represent a ‘profound leadership failure at the FDA’

On Tuesday, Dr. Pieter A. Cohen, of the Cambridge Health Alliance at Harvard, and colleagues published a study in the journal Drug Testing and Analysis, revealing that BMPEA was identified in 11 of the 21 Acacia rigidula dietary supplements they purchased 1 year after the FDA’s findings.

“Since the FDA discovered BMPEA in supplements, the percentage of brands of Acacia rigidula supplements that contain BMPEA has appeared to increase, from 42.9% in 2012 to 52.4% in 2014,” note the researchers.

“Whether this represents a true increase in the prevalence of BMPEA or is due to differences in sampling methods or other factors is not known,” they add. “Regardless, the continued presence of BMPEA in mainstream supplements continues to expose consumers to potential risks.”

Dr. Cohen told Medical News Today that he was “shocked” by their findings. “I had assumed that the FDA’s original research would have led manufacturers to quietly withdraw this stimulant since the FDA had discovered it,” he said.

He told us that the results represent a “profound leadership failure” at the FDA. “The problem starts with the commissioner ignoring supplements and continues all the way down to the supplement division, which is intertwined with the supplement industry,” he added.

The team says immediate action needs to be taken to remove BMPEA from all supplements and ensure consumers avoid such products:

“We recommend that supplement manufacturers immediately recall all supplements containing BMPEA, and that the FDA use all its enforcement powers to eliminate BMPEA as an ingredient in dietary supplements.

Consumers should be advised to avoid all supplements labeled as containing Acacia rigidula. Physicians should remain alert to the possibility that patients may be inadvertently exposed to synthetic stimulants when consuming weight-loss and sports supplements.”

FDA: ‘no specific safety concern identified at this time’

The FDA, however, have taken a different view on the issue. In a statement released yesterday, the organization said their review of products containing BMPEA “does not identify a specific safety concern at this time,” though they say they “will consider taking regulatory action, as appropriate, to protect consumers.”

Talking to MNT, Dr. Cohen said he was left “speechless” by the FDA’s statement. “This statement is ludicrous,” he added. “How could they try to spin this as if there is no safety concern? That is flying in the face of what we’ve heard from the Canadian and European health authorities, not to mention many independent experts.”

The UK’s Food Standard Agency, for example, say they have seen no evidence that Acacia rigidula is not a “novel food.” As such, they say – under European Union (EU) regulations – it needs to undergo testing to ensure it is safe for human consumption.

Steve Mister, president and CEO of the Council for Responsible Nutrition (CRN), agrees with Dr. Cohen, and says he sees no reason why the FDA cannot take the appropriate action against supplement manufacturers adding BMPEA to their products.

“BMPEA does not appear to be a legitimate dietary ingredient, and therefore, its inclusion in a product labeled as a dietary supplement makes the product adulterated under the Dietary Supplement Health & Education Act (DSHEA),” Mister explained in a statement.

“Although Acacia rigidula supplements represent a very small portion of the dietary supplement industry – so small that we are not aware of specific sales data – FDA has the tools it needs under the law to take action before there are serious health consequences, and CRN is asking the agency to do just that.”

It seems the findings from Dr. Cohen and colleagues have triggered some positive action, however. E-commerce company Vitacost – who markets a BMPEA-containing dietary supplement called ARO-Vitacost Black Series BURN – say they are halting all online sales of the product.

“They will not be available for purchase until we can investigate further, and again have full confidence that these products are safe and effective for our customers,” the company said in a statement.

But talking to CBS This Morning, Dr. Cohen said such a move is simply not enough. “This is way too little too late. We need all these products off store shelves. More importantly, we need the FDA to be enforcing the law.”

Last month, Medical News Today reported on a study published in Nature Communications, in which researchers claim a popular anti-aging supplement – ubiquinone – is unlikely to have any benefits.