MONDAY, Nov. 28, 2016 (HealthDay News) — Protein fragments that form plaques in the brains of Alzheimer’s patients might also stiffen their heart muscle and increase their risk of heart failure, a new study reports.

The protein fragments are called amyloid beta. Tests of heart tissue samples revealed that the hearts of Alzheimer’s patients had increased levels of amyloid beta, the study showed. 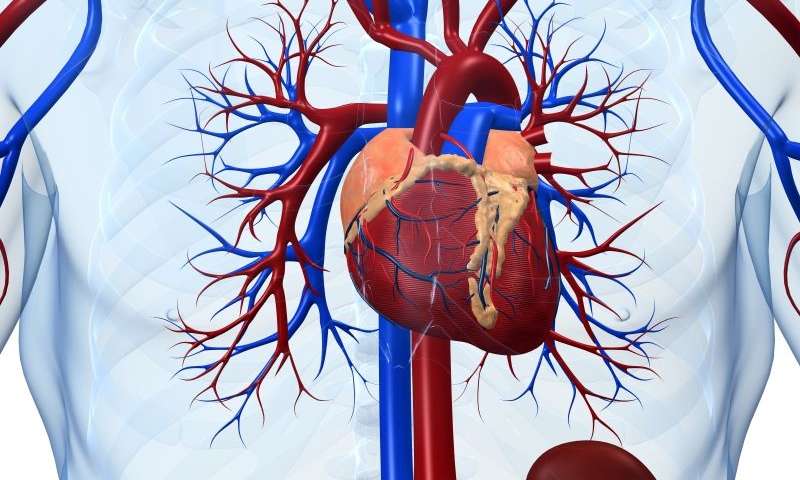 The study included 22 people with Alzheimer’s who were an average age of 79. They were compared to 35 healthy people in a control group whose average age was 78, the study said.

Testing revealed that people with Alzheimer’s disease tended to have increased thickness in the wall of their left ventricle, one of the lower chambers of the heart. The ventricles had a reduced ability to expand and take in blood before it’s pumped out of the heart, the researchers said.

These risk factors are directly related to a condition called heart failure with preserved ejection fraction. This is a type of heart failure where the ventricles become too stiff over time to effectively draw blood into the heart, said Dr. Alfred Bove. He’s a cardiologist and professor emeritus with Temple University’s Lewis Katz School of Medicine in Philadelphia.

And, amyloid beta deposits could contribute to this condition, added Bove, who’s also past president of the American College of Cardiology.

“If the heart muscle has deposits of something in it, it will get stiffer,” he said. “If it doesn’t relax appropriately, it can produce heart failure even though the squeezing capacity of the heart muscle is still pretty intact.”

Based on these findings, doctors of Alzheimer’s patients should be alert to possible heart problems and other potential organ failures, del Monte said.

“Patients with Alzheimer’s disease, now they have new drugs that prolong their life,” del Monte said. “It is likely they will also have cardiac problems, and maybe other organ problems. It is not a brain issue only. It is a systemic disease.”

Elevated amyloid beta levels have been found in other tissues of Alzheimer’s patients, including the gut, the kidneys and the muscles, both del Monte and Bove said.

“It’s not surprising one would find the beta amyloid in the heart as well, because it looks like it’s not isolated to the brain,” Bove said. “It deposits in lots of tissues, and where it deposits, it has an effect.”

That negative effect could be due to the way amyloid beta affects the body’s use of calcium, a nutrient that’s important both to neuron transmission and contraction of the heart muscle, del Monte said.

This study will need to be replicated in a larger number of people to gather a better understanding of amyloid beta deposits in the heart, both del Monte and Bove said.

Unfortunately, at this time there’s little that can be done for Alzheimer’s patients with heart problems related to their disorder, Bove said.

“We don’t really know how to treat this form of heart failure,” he said. “We try things, but there are not a lot of definitive therapies.”

The new study appears Nov. 28 online in the Journal of the American College of Cardiology.