Contact lens wearers – ever wondered why you are more likely to experience eye infections than your contacts-less friends? Researchers from NYU Langone Medical Center in New York City think they may have found the answer, in a study that used high-precision genetic tests to map the human microbiome. 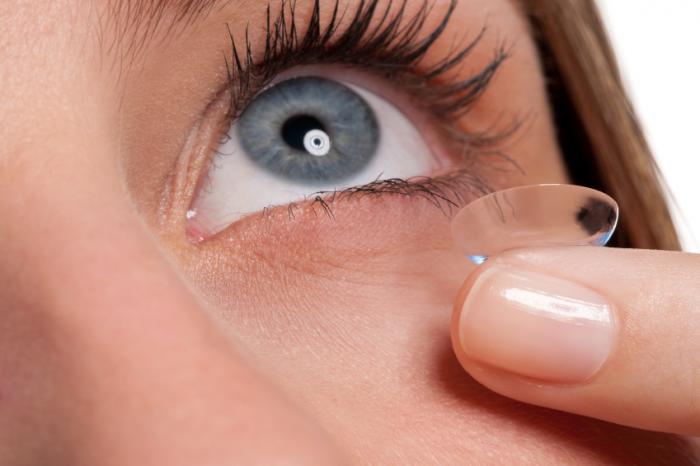 Presenting their work at the annual meeting of the American Society for Microbiology on May 31st in New Orleans, LA, the NYU Langone researchers report that micro-organisms residing in the eyes of people who wear contact lenses daily more closely resemble micro-organisms residing in eyelid skin than the bacteria usually found in the eyes of people who do not wear contacts.

The researchers took hundreds of swabs of different parts of the eye, including the skin directly beneath the eye. Genetic analysis of swabs and used contact lenses allowed the team to identify which bacteria were present.

Interestingly, the researchers say, Staphylococcus bacteria was found in greater amounts in the eyes of non-lens wearers. Staphylococcus is linked with eye infections, but is usually more prominent on the skin. However, the researchers are unable to explain why non-lens wearers have greater amounts of this bacteria, despite this group traditionally having fewer eye infections than people who wear contacts.

Next, the team will investigate whether or not changes in the eye microbiome of people who wear contacts are caused by the direct pressure of the lens altering the immune system in the eye and hope to identify in greater detail which bacteria thrive or are suppressed in this environment.

“There has been an increase in the prevalence of corneal ulcers following the introduction of soft contact lenses in the 1970s.

A common pathogen implicated has been Pseudomonas. This study suggests that because the offending organisms seem to emanate from the skin, greater attention should be directed to eyelid and hand hygiene to decrease the incidence of this serious occurrence.”

“Our research clearly shows that putting a foreign object, such as a contact lens, on the eye is not a neutral act,” says senior study investigator and NYU Langone microbiologist Maria Gloria Dominguez-Bello, PhD.

“These findings should help scientists better understand the longstanding problem of why contact-lens wearers are more prone to eye infections than non-lens wearers,” she adds.

Last year, Medical News Today looked at a Centers for Disease Control and Prevention (CDC) report on keratitis – a painful eye condition that occurs when the cornea is infected with bacteria, fungi and other microbes – that suggested improper contact lens care boosts risk of this condition and potentially blindness.