Scientists from the Department of Psychiatry and Psychotherapy of the University of Bonn Hospital, together with British colleagues, have discovered that alcohol-dependent hospital patients die from multiple morbidities 7.6 years earlier than patients without a history of alcohol addiction. 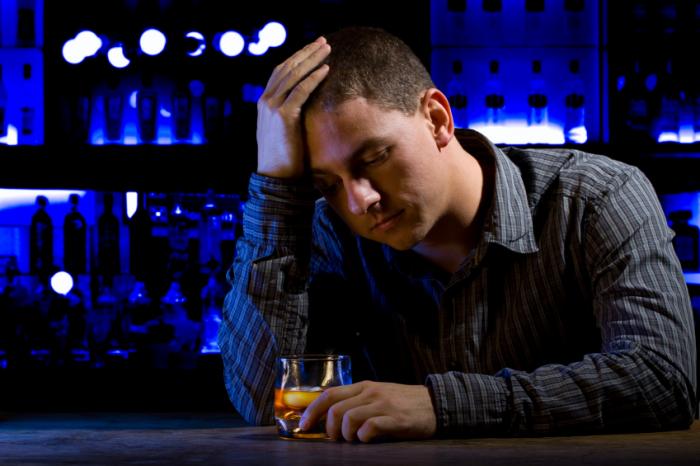 Investigators involved in the study, published in the journal European Psychiatry, appeal for intensive psychotherapeutic support for people with alcohol addiction to be arranged earlier.

The question that frequents an alcohol addict’s mind increasingly focuses on the question “How can I get hold of some alcohol?”

Compulsive drinking often sets a ball rolling that leads to events such as an increase in compulsive drinking behavior, ignoring hobbies and interests, with the affected person tending to deny their addiction, suffer from withdrawal symptoms and the habituation to alcohol consumption increases.

Alcoholism prompts changes in the personality of the alcohol-dependent person that can cause problems at home with family in addition to workplace issues.

“Mental problems as well as significant physical health impairments are associated with alcohol addiction,” says Dr. Dieter Schoepf from the Department of Psychiatry and Psychotherapy of the University of Bonn Hospital. “Alcoholics who were treated in British general hospitals for health problems die an average of 7.6 years earlier than nonalcohol dependent patients; this is due to the interaction of several concomitant physical illnesses.”

The study is a long-term observational study. The data from the general hospitals extends over a 12.5-year period, providing information to be analyzed of comorbid physical illnesses of 23,371 hospital patients with alcohol dependence.

These alcohol-dependent patients were compared with a control group of 233,710 randomly selected patients without alcoholism.

Prof. Heun summarizes, “During the observation period, approximately 1 out of 5 hospital patients with alcoholism died in one of the hospitals, while only 1 out of 12 patients in the control group died.”

Surprising results from the study include evidence that a total of 27 physical illnesses occur more frequently in patients with alcohol addiction including conditions of the:

However, in contrast, heart attacks, cardiovascular disease and cataracts occurred less frequently in patients with alcoholism than in the control group.

“Patients with addiction problems are often admitted to hospitals as emergency cases. At the time of diagnosis, priority is then given to the acute symptoms – this may contribute to the fact that not all physical illnesses are recorded,” suspects Dr. Schoepf.

Reduced pain sensations and perception disorders of people addicted to alcohol can also cause certain conditions to not be detected by doctors, say the authors.

The scientists say the study’s strengths are the inclusion of a large number of patients and the use of a comprehensive control group.

The elevated mortality of patients with alcohol dependence in general hospitals makes it clear to the study team that addiction as a major cause of the multiple physical consequences must be treated at a significantly earlier stage.

“Through diligent screening and early treatment of concomitant mental and physical illnesses, it should be possible to significantly increase the life expectancy of alcoholic patients.”

Medical News Today recently reported that in a safety announcement, the US Food and Drug Administration have updated the label for the prescription smoking cessation medicine Chantix, warning that it could change the way the body reacts to alcohol and on rare occasions lead to seizures.