Pregnant mother who noticed, American studies have shown that poor air quality will make increased risk of premature delivery. University of Cincinnati and Cincinnati Children’s Hospital Medical Center researchers studied from 2007 to 2010 the population of Ohio birth records, after the premature birth rate and PM2.5 levels linked discovered that 91% of preterm birth in the “very near the center of the place “, where the higher the level of fine particles. Estimates show that women living in areas of high levels of fine particulate matter, and preterm high probability Jinliang Cheng. Late pregnancy exposure to high concentrations of fine particulate matter are particularly prone to cause premature labor. In addition to the air factor, 40 years old, do not do pregnancy checks, high low educational level of women is at risk of preterm populations. 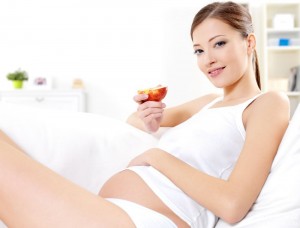 Exposure to high levels of small particle air pollution is associated with an increased risk of preterm birth – before 37 weeks of pregnancy, according to a new study published online in the journal Environmental Health.

The study, by researchers at Cincinnati Children’s Hospital Medical Center and the University of Cincinnati, identified a 19 percent increased risk, with the greatest risk when high exposure occurred during the third trimester of pregnancy.

Diesel exhaust particles make up a substantial portion of particulate matter in urban areas. The size of particles is linked to their potential for causing health problems. Smaller particles have greater potential to be inhaled into the lungs and can cause serious health problems, including several heart and pulmonary diseases.

“Although the risk increase is modest, the potential impact is robust, as all pregnant women are potentially at risk,” says Emily DeFranco, DO, a physician-researcher at the Center for Prevention of Preterm Birth at Cincinnati Children’s and an associate professor of maternal-fetal medicine at the University of Cincinnati. “We estimate that decreasing the amount of particulate matter in the air below the EPA’s standard threshold could decrease preterm birth in women exposed to high levels of small particulates by about 17 percent, which corresponds to a 2.22 percent decrease in the preterm birth rate in the population as a whole.”

The researchers studied birth records in Ohio between 2007 and 2010. The population included nearly 225,000 singleton (not multiples) live births. Of these, more than 19,000 births were preterm. The birth records were linked to average daily measures of fine particulate matter of 2.5 microns or less in width. These measures were recorded by 57 EPA network air monitoring stations across the state. The vast majority of births, 97 percent, occurred in very urban areas, where most monitoring stations are located and exposure levels likely to be highest.

Preterm birth rates were higher among mothers exposed to high levels of airborne particle pollution above the EPA standard, as well as among mothers 40 or older, black mothers, and women with no prenatal care or with lower education level.

In 2015, Dr. DeFranco published a study in the journal PLOS One showing that exposure to high levels of particulate matter in the third trimester of pregnancy was associated with a 42 percent increased risk of stillbirth.