Scientists have long debated whether aging triggers menopause or menopause causes aging. Now, new research reveals the latter is true, after finding that the younger a woman is when she enters menopause, the faster she ages. 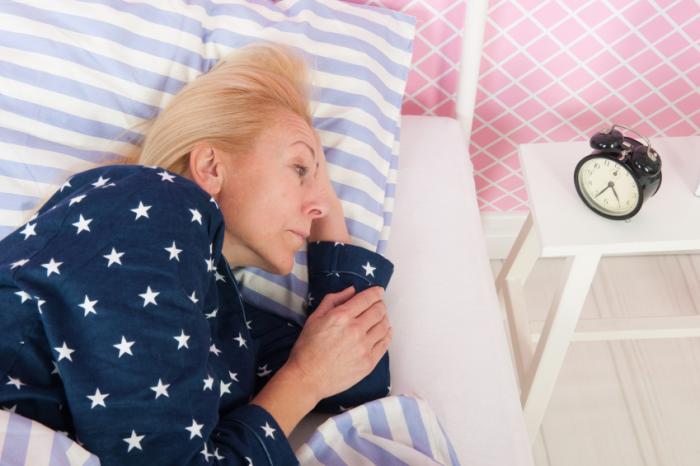 Researchers find menopause and insomnia – which often occurs alongside menopause – may speed up cellular aging.

In a new study, published in the Proceedings of the National Academy of Sciences, researchers found menopause speeds up cellular aging, increasing a woman’s risk of age-related diseases.

Another study, published in Biological Psychiatry, found that symptoms of insomnia – which often occur alongside menopause – may also accelerate aging in postmenopausal women.

Menopause is defined as the time at which a woman has her last menstrual cycle, due to the ovaries ceasing production of the hormones estrogen and progesterone. The average age of menopause is 51 years, though it can occur earlier or later.

While menopause affects each woman differently, symptoms may include hot flashes, trouble sleeping, changes in mood, and vaginal and bladder problems.

On the surface, it may appear that aging is the cause of menopause, given that it is a natural process that occurs later in life. But Steve Horvath, of the David Geffen School of Medicine at the University of California-Los Angeles (UCLA) and senior author of both studies, notes that, for decades, researchers have debated whether the opposite might be true.

“It’s like the chicken or the egg: which came first?” he says. “Our study is the first to demonstrate that menopause makes you age faster.”

For both studies, the team used an “epigenetic clock” – developed by Horvath – that monitors epigenetic changes over time; that is, the clock tracks changes to gene expression that arise through external or environmental factors.

In the first study, Horvath and colleagues used the epigenetic clock to monitor methylation – a chemical biomarker of cellular aging – in the DNA samples of more than 3,100 women involved in four studies, one of which was the Women’s Health Initiative (WHI).

By analyzing methylation in blood, saliva, and buccal samples – a swab from the inside of the cheek – the team was able to measure the biological age of the women’s cells, and they compared this with their chronological age.

From their analysis, the researchers found that menopause accelerates cellular aging in the blood by around 6 percent. “That doesn’t sound like much, but it adds up over a woman’s lifespan,” notes Horvath.

“On average, the younger a woman is when she enters menopause, the faster her blood ages. This is significant because a person’s blood may mirror what’s happening in other parts of the body, and this could have implications for death and disease risk.”

In the second study, Horvath and colleagues used the epigenetic clock to measure the cellular aging of 2,078 women who were part of the WHI.

Additionally, the researchers assessed the presence of insomnia symptoms among the women, which included restlessness, problems falling asleep, disrupted sleep, trouble getting back to sleep, and waking early.

The team found that women who had five symptoms of insomnia were almost 2 years older biologically, compared with women of the same chronological age who had no symptoms of the sleep disorder.

First author Judith Caroll, of the Semel Institute for Neuroscience and Human Behavior and the Cousins Center for Psychoneuroimmunology at UCLA, notes that they are unable to establish a cause-and-effect relationship between insomnia and biological aging in postmenopausal women.

Still, she describes the results as “powerful findings.”

“Not getting restorative sleep may do more than just affect our functioning the next day; it might also influence the rate at which our biological clock ticks.

In the future, we will need to carry out studies of the same individuals over an extended period of time to determine cause-and-effect relationships between biological age and sleep disorders.”

The researchers stress that the findings of these studies are not all bad news; they indicate that the epigenetic clock could be a feasible tool to assess the effects of certain treatments – such as hormone therapy – as anti-aging therapies.

“No longer will researchers need to follow patients for years to track their health and occurrence of diseases,” he adds. “Instead we can use the epigenetic clock to monitor their cells’ aging rate and to evaluate which therapies slow the biological aging process. This could greatly reduce the length and costs of clinical trials and speed benefits to women.”

Learn how a diet rich in fiber could increase the chances of healthy aging.

Looking For Sleep In All The Wrong Places