Diabetes is a group characterized by high blood sugar and metabolic diseases. Hyperglycemia is due to defects in insulin secretion or action of biological damage caused, or both. Longstanding diabetes high blood sugar, leading to a variety of organizations, particularly chronic damage to the eyes, kidneys, heart, blood vessels, nerve dysfunction. 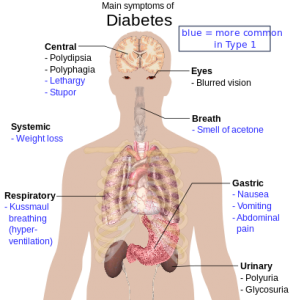 For her study, Lee defines intuitive eating as a learned behavior that helps a person focus on physiological body signals for eating, improving self-image and coping with emotions. Intuitive eating also reduces the focus on cues for eating, such as societal messages and dieting. Glycemic control is the daily management of blood sugar levels, striving for a level as close to normal as possible for a person with diabetes mellitus.

The hemoglobin A1c, or glycosylated hemoglobin, is a test that reflects a person’s average plasma glucose concentration over prolonged periods (usually two to three months). In this study, members of Lee’s focus group, older African-American men with type 2 diabetes who receive care at Cooper Green Mercy Hospital in Birmingham, will be characterized by good control (a hemoglobin A1c level of less than 7 percent), moderate control (a level of 7 to 9.5 percent) and poor control (a level greater than 9.5 percent).

Lee believes this study could help improve the quality of life, not only for older African-American men, but for many others who suffer from type 2 diabetes mellitus as well.

“Intuitive eating practices, i.e., healthy approaches to eating that include awareness of the physical and emotional sensations experienced while eating or in a food environment, have been shown to help people with chronic diseases. We expect to prove that social support plays a key role in achieving and maintaining those positive intuitive eating practices.”