What are easy to get a child with ADHD? ADHD (ADHD, attention deficit disorder) is the most common neurodevelopmental disorders. American magazine “Optometry and Visual Science” published a new study found a significant correlation between ADHD and visual disturbances. Visually impaired children are more likely to develop ADHD. 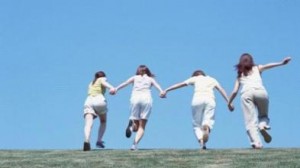 University of Alabama at low vision rehabilitation center master Ren Daoen? Dr. Di Caro and his colleagues to 7.5 thousand related to the National Health Survey of children aged 4-17 involved in child participants launched a combing analysis. The results showed that the risk compared with children with normal vision, color blindness or color weakness and other visual disorders in children suffering from ADHD increased significantly. Risk Visually Impaired Children with ADHD is about 15%, compared to the risk of ADHD children with normal eyesight is about 8.3%.

Parenting Tips: In parenting process, once found to have attention problems of children, parents should bring the child to see the pediatrician as soon as possible, make the necessary eye examination and attention examination to determine the risk of ADHD.