Antibiotics are a class of secondary metabolites with anti-pathogen or other activity by the micro-organisms (including bacteria, fungi, actinomycetes genus) or higher plants and animals in the process of life arising, can interfere with the development of other living cells function chemicals . Now commonly used in clinical antibiotic genetically engineered bacteria, chemically synthesized compounds or semi-synthetic medium liquid extracts and. Currently known natural antibiotic less than million. 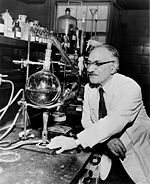 A novel class of antimicrobials that inhibits the function of a key disease-causing component of bacteria could be effective in fighting methicillin-resistant Staphylococcus aureus (MRSA), one of the major drug-resistant bacterial pathogens, according to researchers at Georgia State University.

Their study showed that small molecule analogs that target the functions of SecA, a central part of the general bacterial secretion system required for viability and virulence, have potent antimicrobial activities, reduce the secretion of toxins and can overcome the effect of efflux pumps, which are responsible for multi-drug resistance.

Their findings indicate that targeting SecA is an attractive antimicrobial strategy against MRSA and may be several times more effective than the antibiotics now available for treating the infection.

MRSA causes serious hospital and community-acquired infections. Healthcare-associated MRSA infections are typically linked to invasive procedures or devices, such as surgeries, intravenous tubing or artificial joints. Community-acquired MRSA often begins as a skin boil and is spread by skin-to-skin contact. Individuals at risk include competitive wrestlers, child care workers and those living in crowded conditions.

“We’ve found that SecA inhibitors are broad-spectrum antimicrobials and are very effective against strains of bacteria that are resistant to existing antibiotics,” said Binghe Wang, Regents’ Professor of Chemistry at Georgia State, Georgia Research Alliance Eminent Scholar in Drug Discovery and Georgia Cancer Coalition Distinguished Cancer Scholar. He co-led the study with Phang C. Tai, Regents’ Professor of Biology at Georgia State, who is an expert on the functions of SecA in bacteria. Their findings were published in the journal Bioorganic & Medicinal Chemistry in November.
Related Stories

Because of the widespread resistance of bacteria to antibiotics on the market, there is an urgent need for the development of new antimicrobials. MRSA infection is caused by a type of Staphylococcus bacteria that has become resistant to many antibiotics used to treat ordinary staph infections, according to the Mayo Clinic.

In this study, they evaluated two potent RB analogs for their activity against MRSA strains. The RB analogs inhibited the ATPase activities of two SecA isoforms identified in S. aureus, SaSecA1 and SaSecA2, as well as the SaSecA1-dependent protein-conducting channel. The inhibitors also reduced the secretion of three toxins from S. aureus and stopped three MRSA strains of bacteria from reproducing.

The best inhibitor in this group, SCA-50, showed strong activity against MRSA Mu50 strain and an inhibitory effect on MRSA Mu50 that was two-to-60 times more potent than all commonly used antibiotics, including vancomycin, the last resort option for treating MRSA-related infections.

In a study recently published online in the journal ChemMedChem, the researchers synthesized and evaluated another new class of triazole-pyrimidine analogs as SecA inhibitors. This study also confirmed that SecA inhibitors have the potential for being broad-spectrum antimicrobials, can directly block virulence factor production and can null the effect of efflux pumps.

Know more healthcare news and you can prevent yourself.

One of the leading global conferences for radiology, RSNA 2015 will showcase the industry’s most promising research and cutting-edge innovations